Journey to the centre of fashion

With its Trend Book dedicated to the spring/summer 2017 season, Schmid is a leading player in the main sector trade shows. The next appointments are in London and New York, followed by Paris and Milan 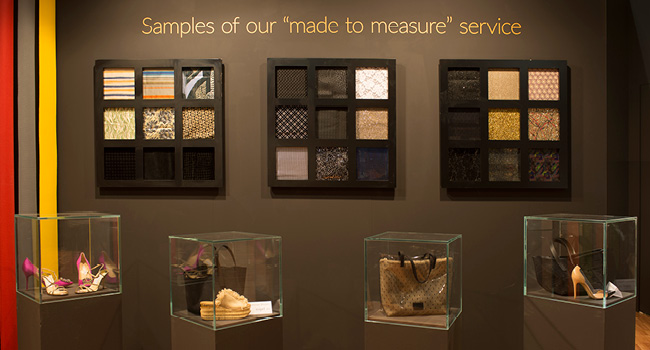 Changes are in view for Schmid at the beginning of 2016. For the first time the company will be present at the Lineapelle editions held in London and New York, the trade shows organised by the Italian fashion industry that every year attract the most important Anglo-Saxon leathergoods and footwear designers. An important presence, in line with Schmid’s expansion in those markets.

The London and New York stages integrate and complement, with the presentation of the entire product range, the roadshow that Schmid started mid-December to present its Trend Book dedicated to spring/summer 2017 to the main industry players. Two excellent opportunities to appreciate, in a preview, all the collection with its wide range of finishings and colours. They complement Première Vision in Paris and Lineapelle in Milan, shows where Schmid has a consolidated presence.

Destination: the UK and the USA

The appointment is set for the 26 of January in the British capital, at the Ham Yard Hotel. After which, Schmid will cross the Atlantic. From the 3 to 5 of February, it will be present at the Metropolitan Pavillon in New York. Then it will be the turn of the Villepinte Exhibition Park in Paris from the 16th to 18th of February and finally Lineapelle in Milan, from the 23rd to 25th of February.

In the meantime, continue following all the news on our website (from which you can download the accreditation form for the trade shows) and on Schmid’s social networks.